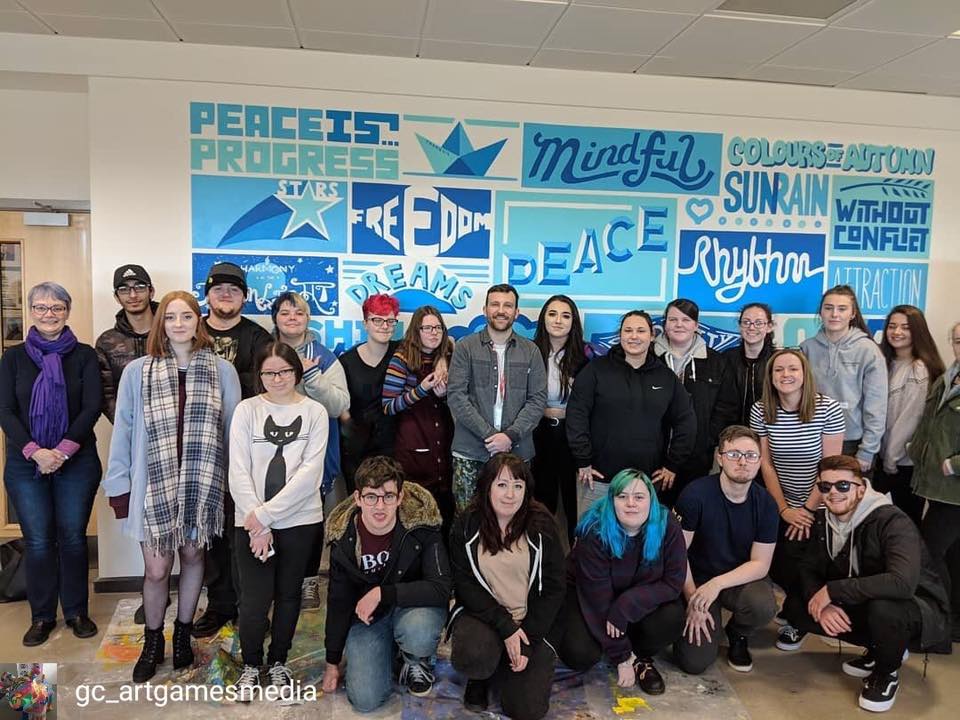 I’ve been working with art and design students from Gateshead College since November on the national project Make Art Not War, which I covered in a previous blog post, you can read all about the project here. To bring the project to an end I was invited back to the college to deliver a Wall Mural Workshop with the students to design and paint a mural with the theme, “What does peace mean to you?”

The mural was to be designed and painted onto the studio wall in a mere four days. Now this might sound like a lot of time however when I usually turn up to paint a mural I will have a completed design in-hand that has been worked on over a number of sessions. So the fact that we started the four days with a large blank canvas and no hint of a design was quite daunting. 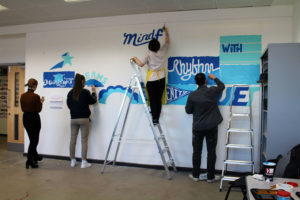 We had set aside the first day to plan and design the artwork so the students set off creating words that summed up what peace meant to them. They each researched different typography styles and experimented with their designs until they had all created a word or short phrase that would feature on the mural. We wanted all of the students to have ownership of their piece so we didn’t guide them too much on the style of the artwork. It was being created by a group of individuals and we wanted the mural to reflect this. We did however want the piece to work successfully as a mural so we agreed on a consistent colour scheme to tie the mural together. 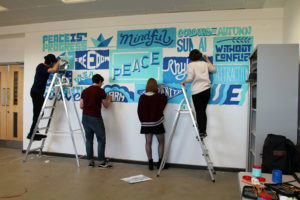 The production was undertaken over three days and it was a great opportunity for everyone to get involved and take ownership of the project. Each student involved in the Make Art Not War project took part by either painting the mural or documenting the process. The students really took charge and I just chipped in when and where I was needed. It was great to see the students take on the challenge with such gusto and even though many of them had never undertaken a project like this before, they preserved through challenges and developed many new skills.

The final mural exceeded anything that I thought would be created in the time that we had. The student should be so proud of what they have created during the Wall Mural Workshop. The mural was designed and produced by them and with just a bit of guidance they have created something that will adorn the walls at Gateshead College for many years. 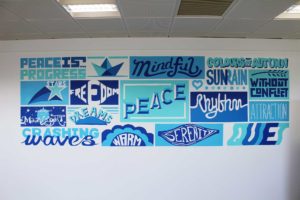