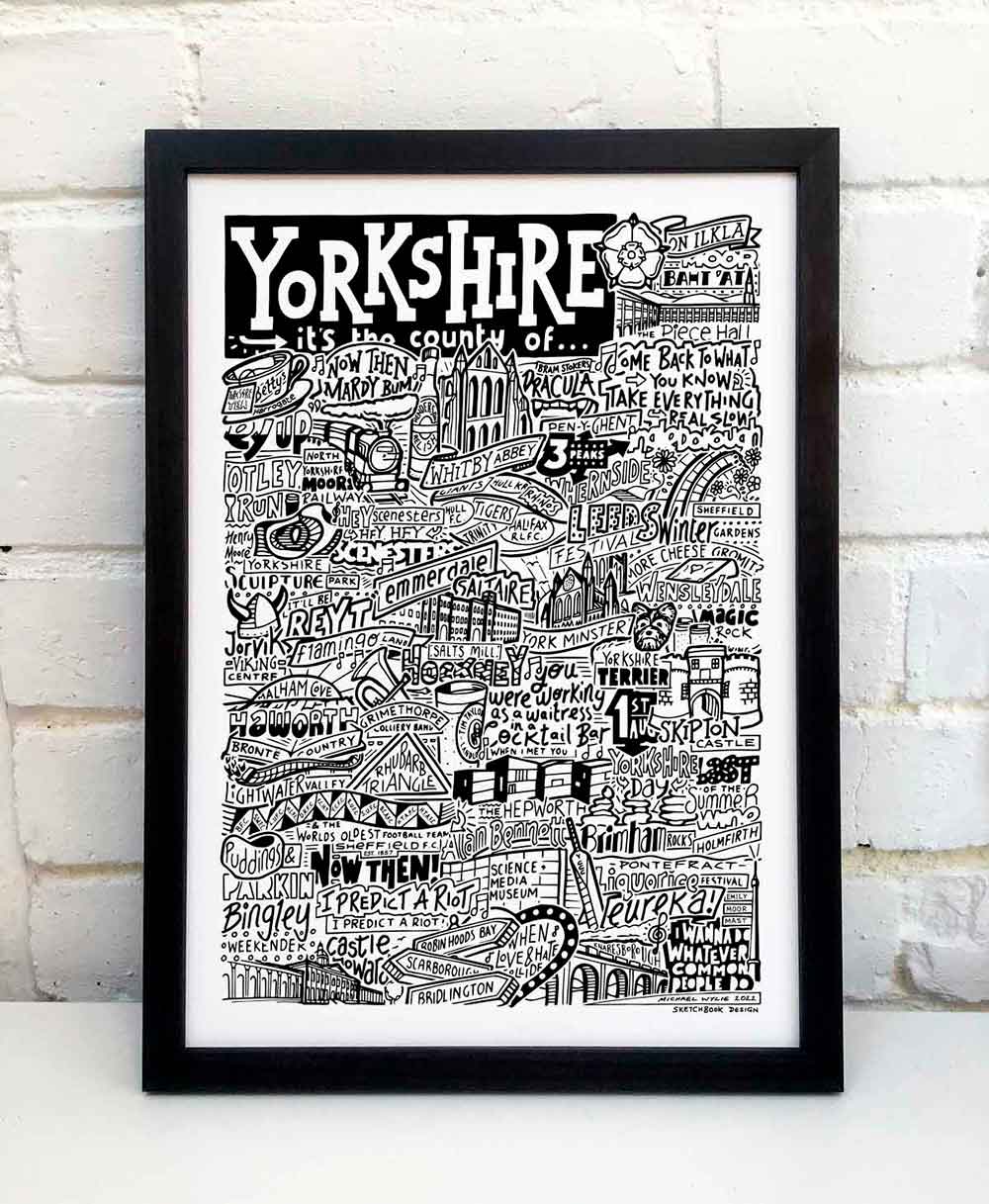 Introducing some new and exciting additions to our Cities & Places range. York & Yorkshire city prints! These location prints make a great gift for yourself or any York or Yorkshire lovers.

Read on to find out more information on each location. You can read about why we chose the most iconic buildings, house names and stories.

York has been voted one of the best places to live in the UK, time and time again. Its picturesque streets are filled with a blend of history and culture. We have tried to capture as many of these within this city prints design. One of our favourites and most photographed parts of York has to be the Shambles. The Harry Potter-esqe, medievil alley ways are home to one of the oldest shopping streets in Europe! 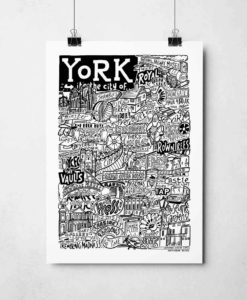 Of course with all that history comes a few legends! York is one of the most haunted cities in the whole of Europe. There are a range of ghosts dating back to Roman times. Some of the most haunted places in the city are the Museum, the York Brewery, York Minster, and The Golden Fleece Hotel to name a few. Have you visited any of these haunted locations?

Our city prints feature some of the location’s most recognisable icons including buildings and architecture. Therefore, it should come as no surprise that York Minters is featured in our design. It’s the largest Gothic Cathedral in Northern Europe and took an outstanding 250 years to complete from 1220 to 1472!

Did you know that Lonely Planet voted Yorkshire third in the top 10 world regions. Just behind India and Australia due to its “Rugged moorland, heritage homes and cosy pubs”? Amazing isn’t it! We thought it needed to be added to our location prints range.

You might know Yorkshire for one of its biggest exports. Emmerdale, the great British soap. First broadcast in October of 1972. The cult soap has a huge fan base and needed to be mentioned. Can you spot the reference in our city prints? 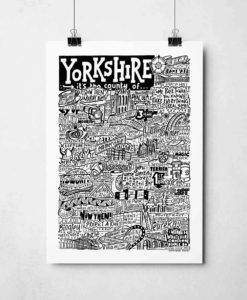 Yorkshire is Englands largest historical county. Home to nearly a third of the total area of the National Parks in England. These include the North York Moors, most of the Yorkshire Dales and part of the Peak District. There is a lot of natural beauty too be seen in Yorkshire, that’s for sure.

The North York Moors Railway is the longest steam-operated railway in the UK. With over 18 miles of track from Whitby to Pickering, offering fantastic views of the countryside. For all the Harry Potter fans out there Goathland station is one of the stops along the way. This served as the original Hogsmeade Station in Harry Potter and the Philosopher’s Stone.

If you have visited either of these great Northern English locations and would like one of our city prints to remember your visit, shop here for York and here for Yorkshire.

Or if we have inspired a visit to one of these destinations, we’d love to hear from you! Finally thank you to York and Yorkshire, for being such an inspiration to draw and for being great additions to Sketchbook Design’s location prints range.