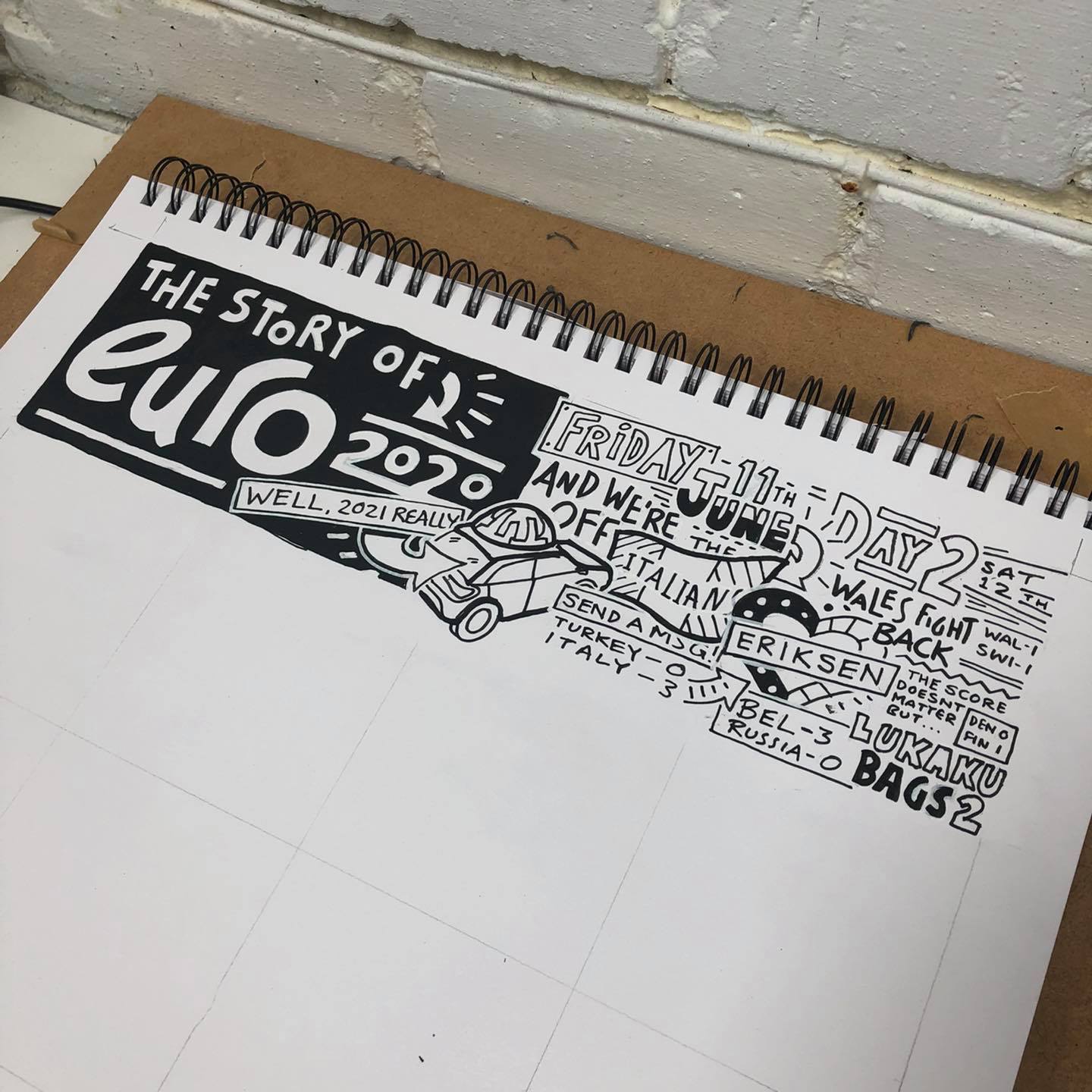 The Euros have taken the country by storm once again, (even though they’ve come a year late this time). Euro 2020 is for the first time in history being played a year late in 2021. This is due to the enormous impact of Covid-19 across the world.

It’s been fantastic to see the joy, happiness, and elation of everyone watching Euro 2020. Whether at home, being there in person or enjoying football with friends and family, after the terrible times we’ve been through recently.

Over the course of the last few weeks and up until the final of Euro 2020 Michael has been putting together a special design. This design celebrates the Euros, working each day to give a brilliant overview of the day of football. Here are some of the stand outs from the group stages at the Euro’s. All of these are covered in the brand-new design.

It all started with the Euro 2020 opening ceremony at the Olimpico in Rome. Then followed by a brilliant game between Italy and Turkey, with Italy winning 3-0.

Day 2 was devastating for Denmark seeing Christian Eriksen collapse on the field, thankfully he is now home recovering. Denmark went on to lose their first game, however, have now made it through to the quarter finals this week. 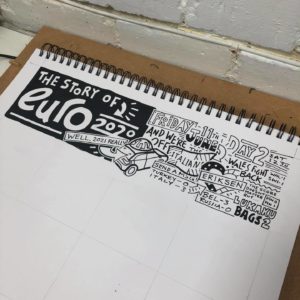 England started their journey on day 3 winning to Croatia. Austria gained their first ever Euros win against North Macedonia.

Arguably the best goal of the competition so far was on day 4 with Patrik Schick’s goal from the halfway line against Scotland, seeing Czech Republic eventually winning by 2-0.

Christian Ronaldo broke more records on day 5, becoming the first person to play in five different European championships. Not only that but the game against Hungary was his 21st appearance in the Euros, higher than anyone else. To top it all off he scored his 10th goal in the Euro’s making him the leading scorer in the Championships history.

Wales gained a huge win on day 6, beating Turkey 2-0, a fantastic result for the team. Day 7 saw the demise of North Macedonia, leaving the competition, after losing their second game in a row.

England has an abysmal game on day 8, much to the delight of Scotland gaining a 0-0 draw. Day 9 saw an enormous 60,000 supporters pack into the Puskas Arena in Hungary for the Hungary, France game. Many more than the average of 18,500 at other games. There were goals galore at the Portugal vs Germany game with Germany winning 4-2. 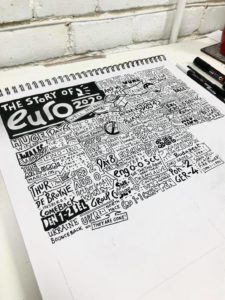 Day 10 was the start of the final games in the group stages. Italy, Switzerland and Wales all made it through to the final 16. Turkey went out following their third defeat in the championship.

Monday 21st was time for Group B’s and C’s final games. It was an emotional evening for Demark after beating Russia 4-0 to make it through to the final 16, alongside Belgium. And Netherlands, Ukraine and Austria made it through to the knockout round from Group C. The Netherlands and Belgium have had a fantastic tournament so far with both teams scoring maximum points possible. 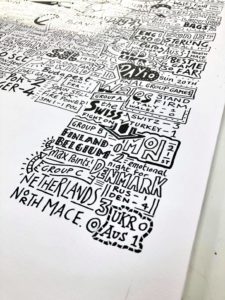 Day 12 was the final game for Group D, with Croatia against Scotland and, Czech Republic facing England. It was heartbreak for Scotland with this being the last game in the tournament for them. 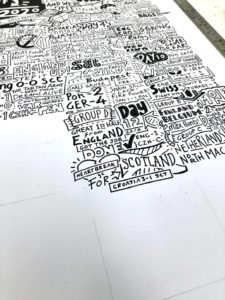 Another record-breaking day on day 13, with 18 goals in the four games for Group E and F. Spain and Sweden made it through from Group E, with fantastic performances on the final day of the group stages by both teams. Group F (The Group of Death) was a round of draws with 2-2 in both games seeing France, Germany and Portugal all make it through to the next stage. 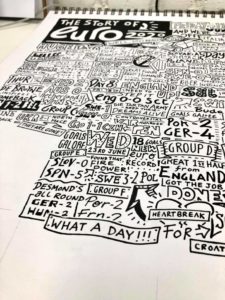 Read about the next stages here