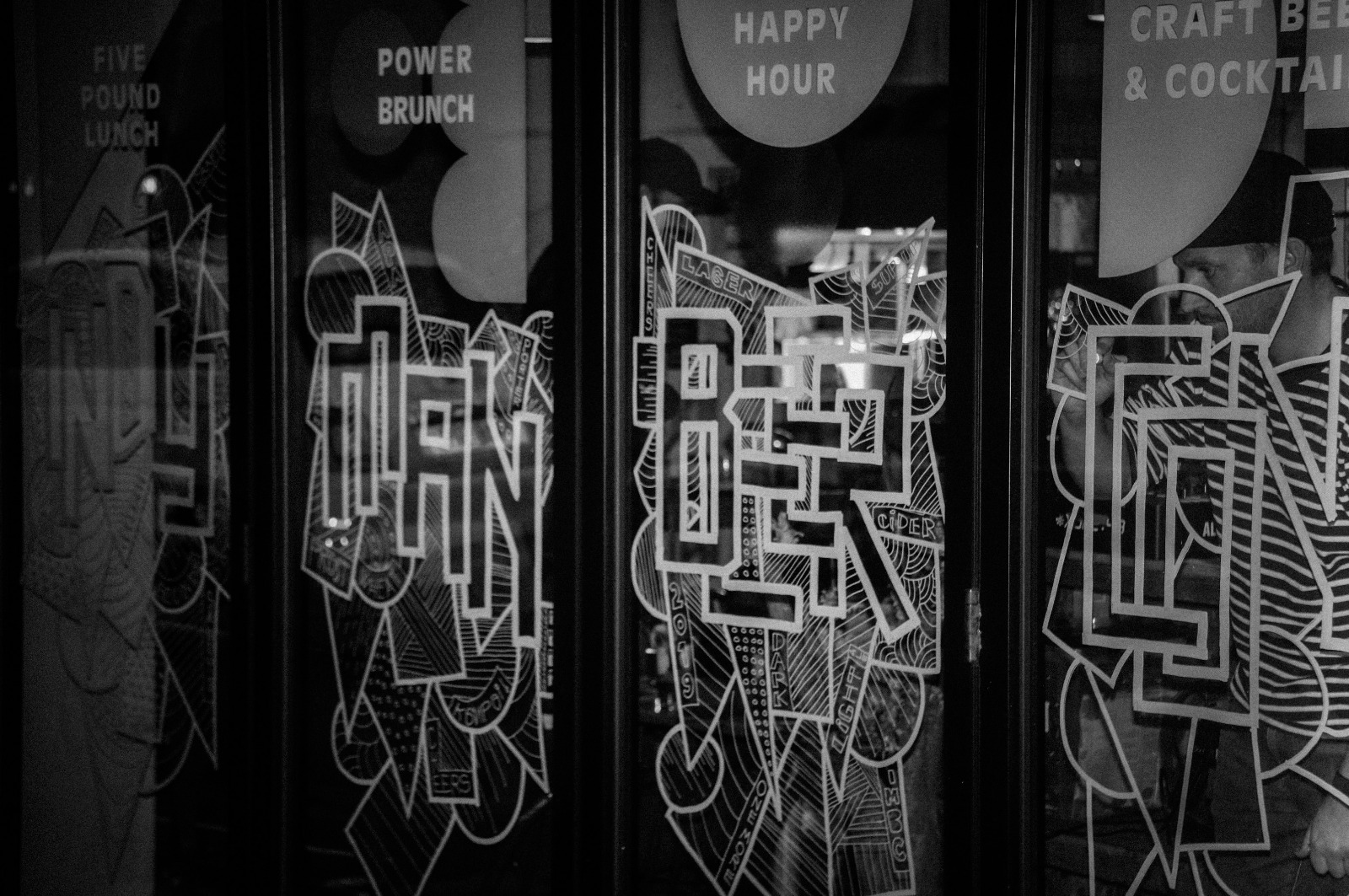 I was recently invited by Collective Arts Brewing to take part in their event in Manchester. Collective Arts Brewing is a grassroots craft brewery that aims to fuse the creativity of craft beer with the inspired talents of emerging artists and musicians. As part of Indy Man Beer Con in Manchester, Collective Arts were holding an event at Common and they asked me to produce some ‘live art’ during the event. I had to create some window illustrations during the event and the brief was pretty open however I had to make mention of the event, Indy Man Beer Con in the artwork.

As Common has some geometric vinyls in the window I decided to take inspiration from them and create some geometric illustrations to sit alongside and compliment them. You can see the work I created in the images below. 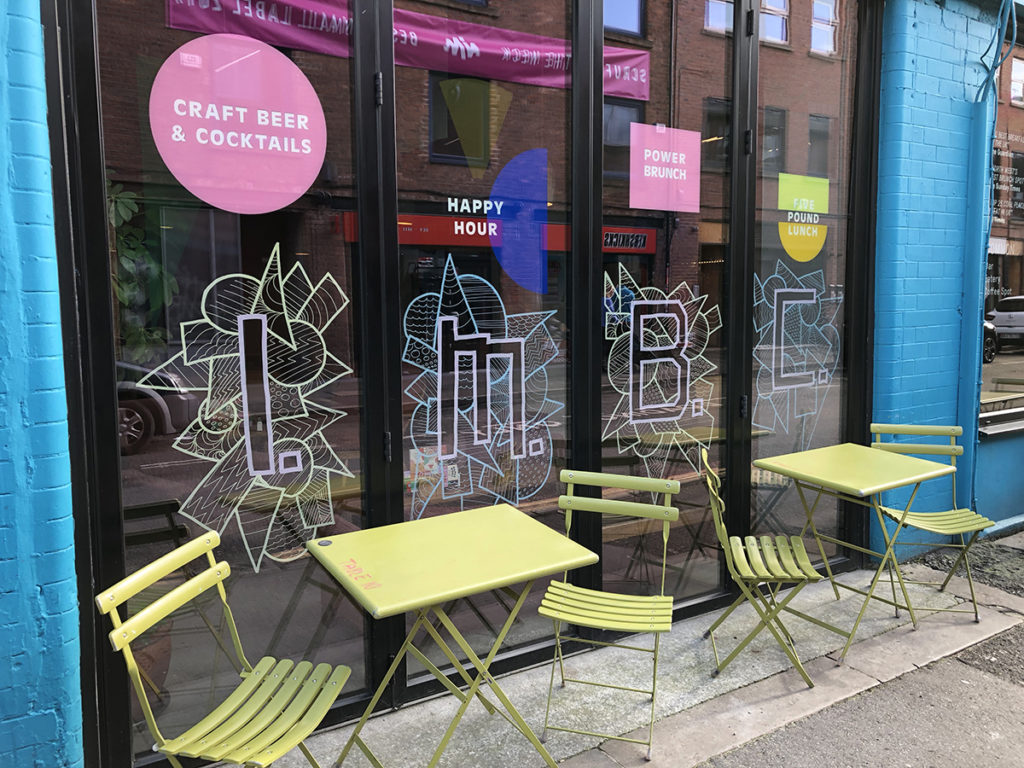 Creating live art during an event is a great way to engage a crowd and help to share your ethos, whatever that may be. If you would like to enquire about hiring me to create some bespoke artwork for or during your event please get in contact. 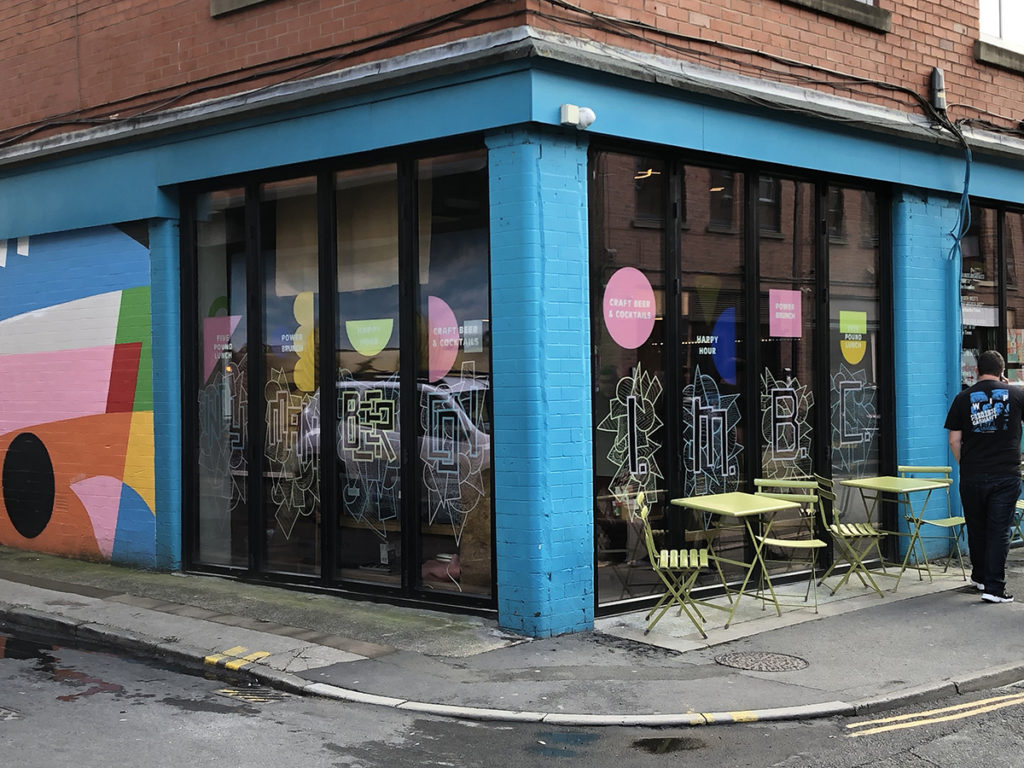