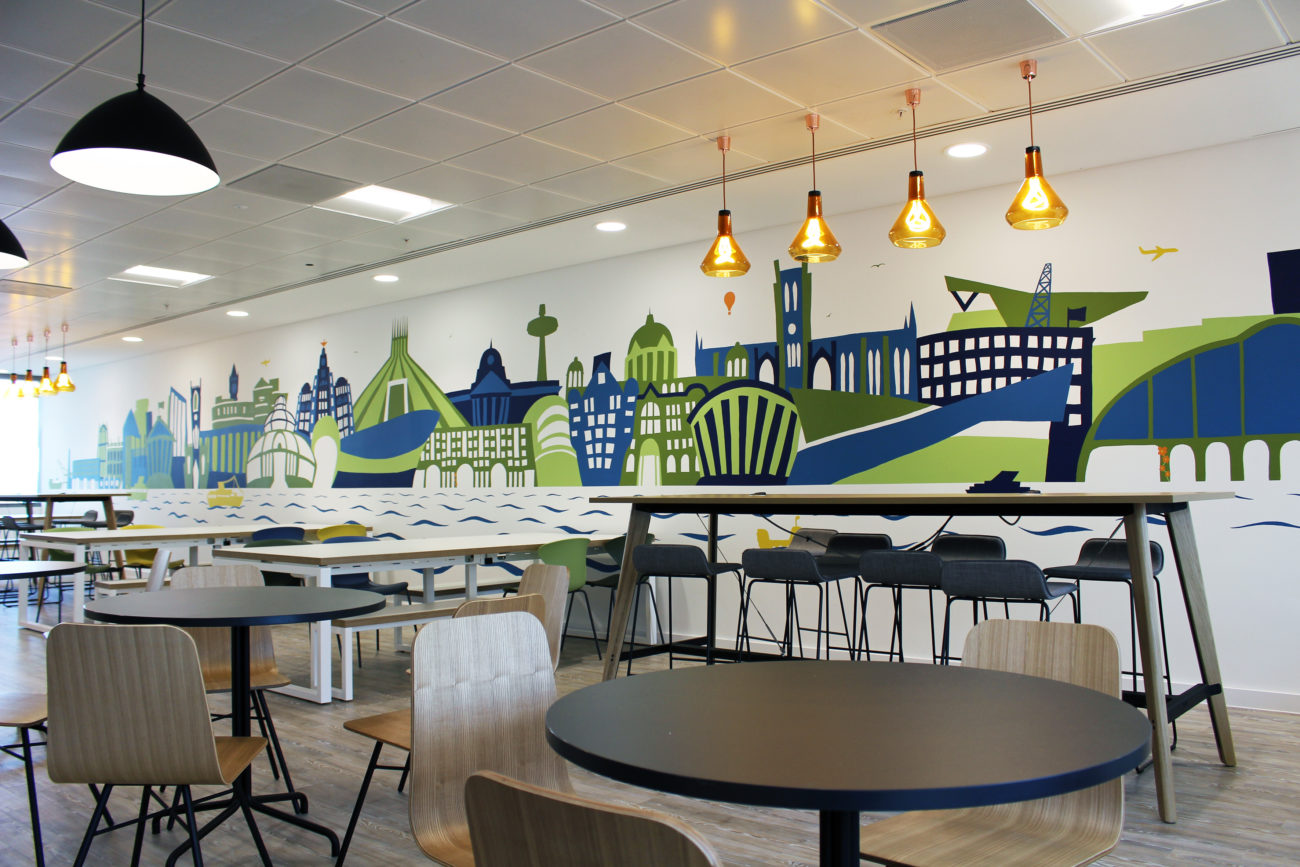 The client was keen for the mural to reflect the area and also be fun and engaging. After some initial ideas I came up with and idea for a Liverpool skyline mural which features all of the iconic buildings and landmarks that feature across the city. The colour scheme was chosen to reflect and compliment colours which would feature in the decor of the space.

The mural was approximately 50m2 and took 6 days to complete. Following the completion it was great to head back to the office to see how the mural looked once all of the furniture and decor had been fitted and you could see how well it suited it’s surrounds.

You can see in the timelapse below the amount of work that was involved in producing the mural.

If you’d like to enquire about having a bespoke wall mural produced for your business please contact me.